Dentists conduct preventive care and may fit patients with dental appliances. Every state requires dentists to be licensed, a far cry from the day when barbers routinely pulled teeth. Dental school candidates typically have a bachelor’s degree which includes two years of pre-dental training. Dental school programs usually last for four academic years with additional training for orthodontists and other specialists.

As of May 2010, the U.S. Bureau of Labor Statistics reports that dentists earned a mean annual salary of $158,770. The bureau does not list salary limits for work that offers compensation of about $80 per hour or $166,400 per year, however dentist salaries range from $71,390 to well over $200,000 per year. New dentists can expect to make somewhere between the lowest percentile and the 25th percentile, or $100,650 per year.

Most dentists work for themselves or with other dentists in a private practice. Of the 87,700 dentists reported employed in 2010 by the BLS, approximately 90 percent work in offices of dentists, earning $161,410 per year on average. Doctor’s offices employ small numbers of dentists who earned an average annual salary of $135,890. Those working for state government earned $150,500; outpatient care services paid $138,980, while hospitals paid far below the national mean averaging $106,140 per year.

Students considering a career as a dentist know that extensive schooling and training is required to prepare them for this field. The bureau projects that demand for general practice dentists will increase by 15 percent from 2008 to 2018, which is faster than the rate for all jobs. As older dentists retire or cut back on hours, opportunities for new dentists will arise. This field, however, rises and falls with the economy, as patients will sometimes put off dental care if they don’t have insurance or other financial matters weigh in. Those dentists who choose to specialize, such as working as orthodontists and prosthodontists, will see even stronger demand for their skills. 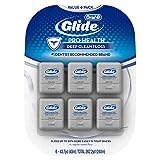 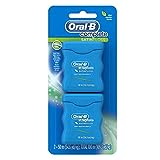 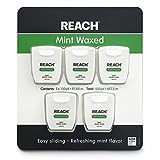 College Students: How To Land The Best Internship For You

What Traits Do the World’s Most Popular LMSs Have?

The Benefits of Attending a Medical Conference