That leaves approximately half with a bachelor’s degree, raising an important question for the reader: should I bother with college? That answer is no, if you don’t mind possible limitations on your career. That answer is yes, if you want to keep your options open and use your schooling to help you advance in your career.

A web developer is tasked with developing and designing web applications and websites. This professional creates the architectural and technical parameters of the site and oversees site creation, maintenance and sometimes promotion. Web developers will sometimes work with existing architecture, such as WordPress or Drupal, or work with stylesheets. Authoring and scripting language skills are essential to this position.

The BLS classifies web developers with computer network, systems and database administrators. Thus, determining training and pay levels can be a challenge, particularly for the freelancer. Nevertheless, a web developer may desire to move up to an administrator position, requiring this professional to have the appropriate training and sometimes education to reach his goal. Majors in information science, computer science, and management and information systems can help the web developer in his or her quest to move up. Some businesses require candidates to have a master’s degree in business administration to be eligible for select opportunities such as database administrator. In this case, your background as a web developer should be viewed as a steppingstone.

About one in seven professionals work in the computer system design and related services industry, averaging $77,560 per year. Corporations are also another significant employer of administrators, professionals who are tasked with establishing, maintaining and overseeing in-house systems. These people earned $73,630 per year on average in 2010. Elementary and secondary schools as well as colleges, universities and professional schools also retain a fair share of administrators, paying $61,260 and $62,950, respectively. Wired telecommunication carriers are the fifth largest group of employers with wages averaging $73,220 per year. Top industry pay, however, belongs to those professionals who worked data processing and hosting companies, where wages averaged $93,910 per year.

As with most positions, pay for web developers and administrators varies dramatically across the United States. Top pay of $81,500 was given to District of Columbia based professionals in 2010 according to the BLS. The adjoining states of Virginia and Maryland also had high pay averages, paying $81,180 and $80,400, respectively. California at $80,300 and Massachusetts at $80,280 followed, with wages more than $8,000 above the national average.On the other end of the spectrum were states such as Mississippi, Kentucky and Oklahoma, with wages of $52,330, $53,440 and $54,290, respectively. These state averages are in the bottom 25th percentile of the national average.

The BLS anticipates that demand for web administrators and web developers will be strong through 2018. For all related positions, the bureau is projecting a 30 percent increase in jobs, reflecting the nation’s growing dependency on the Internet and internal Intranet services. Where formal education is lacking, experience and training can help the professional complete. However, the best opportunities and pay seems reserved for those who have completed at least a bachelor’s degree. 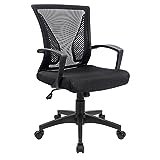 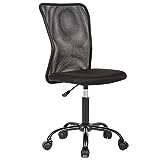 Job Security and Your Career

4 Majors and the Jobs They Earn Students

Making the Perfect Resume for Your First Job: 7 Points You Need to Remember