March Madness: Who will Reign Supreme?

After Friday’s history-making upset, you know these games can go in a ton of expected ways. With Jairus Lyles dominating the court with 28 points, the no. 16 UMBC Retrievers triumphed over no. 1 Virginia, 74 – 54.

After today, the second round ends for the men and begins for the women. Duke, Villanova, Kentucky, and Kansas are just a few moving to the Sweet Sixteen, while Alabama, Rhode Island, Buffalo, and Seton Hall are out.

From 12:10 pm to 7:45 pm EST witness the adrenaline-pumping battles between Purdue and Butler and Syracuse and MSU, to name a few.

The men’s Sweet 16 is nearly full. Of these remaining six, who do you think’ll feel sweet?

Coming into the tournament as the underdog, the no. 11 Loyola-Chicago Ramblers are hanging in there with a 1-point scrape by no. 3 Tennessee at the last second. Clayton Custer’s jumper clinched the win for this fairy tale in the making.

But, Sister Jean’s betting against this Cinderello story in the Sweet 16. A super-fan of Loyola-Chicago, hopefully, this fairy godmother pulls out the magic despite her misgivings.

TUNE IN FOR THE WOMEN

In 1982, the NCAA expanded to include women’s teams. 32 teams, at first. By 1994, the brackets included 64 teams, playing in four regions and then meeting in a single location for the Final Four. As is customary.

From 1973 – 2006, the Teneessee Volunteers won six champions under Pat Summit, dominating the tournament.

UConn, Mississippi State, and Duke are killing it, moving to the Sweet 16. These matches will be fantastic.

WHERE TO FIND BRACKETS

March Madness isn’t new. It’s been entertaining since 1939. Yup, on March 27th, 1939, the University of Oregon smashed Ohio State University, 46 – 33, in an epic battle that would turn into a sports fan’s highlight for decades (https://www.history.com/this-day-in-history/march-madness-is-born).

So, get your friends in on the action. The winner is always up for grabs, no matter what the brackets look like. The no. 8 seeded Villanova Wildcats proved that. Their men’s team came from the bottom up and took the championship in an explosive fury (https://www.aol.com/article/news/2017/03/12/elite-no-8-the-lowest-seed-to-ever-win-the-ncaa-championship/21876584/).

March Madness is a great tradition that brings fans from all over the world. Enjoy all! 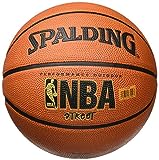 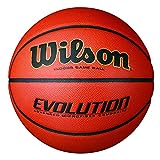 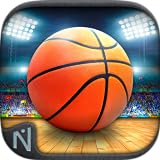 Men’s Basketball: The Rout Is On!

Hanging A “W” On NJIT

Cornell Big Red Proves They Are For Real