March Madness 2018, were you there? Have you been watching and rooting for your team?

Today we have a recap for you on the highs and lows of March Madness, which ran from mid-March to the beginning of April. For international friends of ours, this is a sacred month in College basketball – dreams are born, hopes can be crushed, but most of all, scholarships can be celebrated (and future talent spotted). It comes before the academic year seems punishing, with spring break ending the celebratory month.

68 teams were selected, seeded, and put into their championship bracket for the March NCAA Division 1 basketball tournament. 68 sets of
supporters had their hearts in their mouths and beer on tap. All drinkers were over the age of 21, of course.

16 teams were there for the first weekend, 8 made it to the second weekend, and the final 4 were in the semi-finals, and 2 teams in the final.

Did you watch the North Carolina’s shock exit? After taking home their sixth national title in Basketball in 2017, this year, they went home in the
second round, with Texas A&M victorious.

Madness, indeed, ushering in Spring Break with a headache for many. Fans were gutted. We show respect for their victory last year by taking off our hats and placing them against our chests.

From the Elite 8 that made it through, we found our Final Four. Our hats go off once again to the final four of 2018: Michigan vs. Loyola, and
Villanova vs. Kansas.

The winners? Villanova with 79, over Michigan with 62.

Now that March Madness stamped 2018 with Nova’s title, you are at liberty to focus on your academic goals for the year. Planning on signing up
for a new class, or returning to your studies? Let the Nova victory inspire you to succeed this semester.

If you are a Wildcat fan, do not despair. 2nd place out of 68 is excellent. What do you think? Share this recap with your friends to see if you remember the month of March Madness 2018. 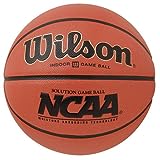 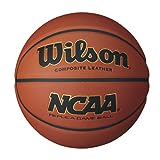 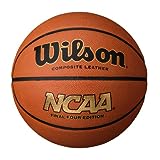 NCAA Tourney Moves on to the Sweet 16

Men’s Basketball Season: How to Get Recruited for College Basketball

The Science Of Your NCAA Picks