Shredding 6 Lies and Misconceptions About College

There is this notion that everybody in college is making love to one another. People tend to think that everybody is getting sex. Your roommates may make you actually believe this and they will narrate to you on how they slept with some girl but in actuality, they did not.

Misconception number 2:
If you are in liberal arts you will be unemployed for life

This is another myth that you will be told in college. According to the Huffington post, this is not true. Though some people change their majors after being told so, this is not even close to the truth. As a matter of fact, English and History majors were among those that recorded a lower unemployment rate as compared to those majors that people consider prestigious such as economics and political science.

So the lie that if you are pursuing a liberal arts major you will be unemployed for life is totally misguided. Another surprising thing that most students in college don’t know is that they may end up in a career that is not even related to their major.

Lie number 3:
That most freshmen gain 15 pounds of weight

This is a lie. Researchers have found that most freshmen only gain 3 pounds of weight. Out of the freshman populace, twenty-four percent actually lose weight compared to the ten percent that gain 25 pounds or more. The freshman 15 is one big lie.

Lie number 4:
That you ruin your chances of getting pregnant later in life

This is one lie that most college students have bought. It is totally misguided. According to the Huffington post, the morning pill does not pose any danger for fertility and it is also not a replacement for birth control. A lot of people who don’t want to use it don’t actually understand what it is.

College is supposed to take four years. But according to statistics, it has been found that less than 40 percent of those pursuing their bachelor’s degree actually complete it within that four year period. Most college students (about 56 percent) take up to six years to complete their undergraduate degree. According to the Huffington post, the majority take six years and this is something that you are not told about college.

If you have been in college, you have probably heard about the ADHD medication. You will be told that ADHD medication will improve your productivity and even help you get better grades, but as a matter of fact, if you did not take the medication on prescription, you might end up experiencing very serious side effects like high blood pressure and low or high sex drive. ADHD medication has been found to have serious health effects. 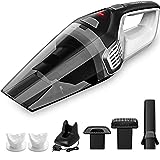 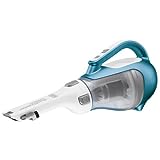 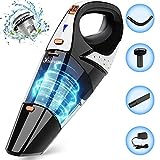 How To Market Your School Clubs on Campus

The Benefits of Making Time for Volunteering in College

How to Build a Diverse Group of Friends in College

Vacation On A Budget: 5 Inexpensive Alternatives To Traveling

A Handy 10 Step Roadmap to Exploring Your Future College Campus

What You Should Know About Subletting Your Apartment This Summer

How Married College Students Can Make Their Relationships Succeed

4 Ways Military Students Can Keep up With Their Studies

6 Profitable Hobbies To Try This Summer

Things Every College Student Should Know About Therapy

How To Avoid Fighting With Your College Roommate: 5 Indispensable Tips

University Life: How to Prevent Crime on Your College Campus

How College Mirrors the Real World (and the Benefits for You)