Men’s Basketball – Who Is Best?

I haven’t been paying that much attention to NCAA men’s basketball much this year, although two local teams — Duke and

North Carolina — are doing quite well, but that is to be expected. NC State and Wake Forest aren’t living quite up to the top tier in the ACC, but they still have a shot at a post season birth even if it is “only” an appearance in the NIT.

The weekly rankings always catch my attention, simply because they really aren’t that accurate at this point in the season. I’m not taking anything away from Memphis and Kansas, but I’m doubtful that Drake or Saint Mary’s has what it takes to go the distance, let alone survive the first round of the NCAA tournament. Dayton can probably make a compelling reason for their high ranking, but we’ll see what comes up one month from now when the season winds down.

Most schools will have reached their half way mark in conference play by this weekend, setting up a mad rush to March Madness throughout the month of February. Conference tourneys get started around the first of March and culminate with the crowning of all champs soon thereafter.

If you aren’t familiar with the Science of Bracketology, you’ll want to study up — already, the pundits are seeding the Field of 65, the teams slated to appear in the NCAA tournament. Either way, March 16th is Selection Sunday the day when both pundit and prognosticator can learn where their teams stand.

Cornell Big Red Proves They Are For Real

On the Cusp of March Madness!

Who Will Survive The Sweet 16?

The Science Of Your NCAA Picks 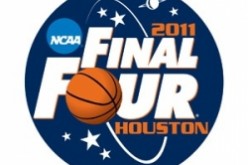 UConn Puts on a Clinic in Persistence

First Ever Top Ranking For Gonzaga