This news comes from the U.S. Census Bureau in its report, “Educational Attainment in the United States: 2011,” that was released last Thursday.

The most significant rise in people groups was among Hispanics as the bureau reported a rise in the number of bachelor degrees or higher attained went from 2.1 million in 2001 to 3.8 million in 2011. As a percentage, 14.1 percent of Hispanics now have a degree up from 11.1 percent just 10 years earlier. Overall, 30.4 percent of adult Americans now have at least a bachelor’s degree, up from 26.2 percent in 2001.

“This is an important milestone in our history,” Census Bureau Director Robert Groves said. “For many people, education is a sure path to a prosperous life. The more education people have the more likely they are to have a job and earn more money, particularly for individuals who hold a bachelor’s degree.”

The bureau’s findings have also revealed that those who have a bachelor’s degree fared much better in the recent recession than those without a degree. The bureau says that the unemployment rate for college grads reached a high of 5.9 percent in February 2010. That same month the unemployment rate for high school drop outs peaked at 17.9 percent. Workers with bachelor’s degrees earned more too, averaging $47,510 per year. That compares to the $26,776 adults with a high school diploma or a GED earn and to the $22,534 earned by high school drop outs.

Among regions of the country, the northeast boasted the highest percentage of adults with a bachelor’s degree or higher. In the midwest, more adults had at least a high school education than any other region. A large number of Americans on the west coast also have at least a bachelor’s degree.

The Census Bureau’s report will likely fuel more interest in higher education among a greater number of Americans despite the cost in attaining a degree. The bureau noted that those Americans with a professional degree averaged $11,927 per month followed by bachelor’s degree earners who averaged $5,455 per month. However, the study also revealed some sharp differences in pay and education despite years spent in college as engineering students with an associate or two-year degree averaged $4,800 per month while four-year education graduates averaged just $3,800 per month. 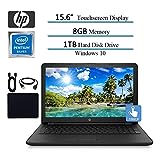 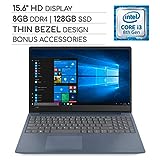 Financial Woes May Shut Down Some Colleges Report Says