The soon-to-be 14-member Big Ten Conference is looking ahead to its expanded format, having just announced the 2014 football schedule among its conference member teams. Rutgers and Maryland are the newest members to one of the top academic and athletic conferences in the country, requiring some changes in scheduling beginning next year.

Rutgers and Penn State will play the first conference game of the season on Sept. 13 with the Scarlet Knights hosting the Nittany Lions in New Jersey. The remaining teams begin conference play on Sept. 27 with the last games scheduled for Nov. 29. The divisional winners will meet on Dec. 6 in the Big Ten Championship Game with a chance to quality for a spot in the new national playoff system.

The Big Ten Conference also reminded its followers that the 2013 football season is looming. The 2013 Football Media Days and 42nd annual Kickoff Luncheon is scheduled for July 24 and 25, at the Hilton Chicago, and will feature all 12 of the current football coaches. The Big Ten season, its 118th, kicks off on Aug. 29 and culminates with the championship game on Dec. 7 in Indianapolis.

With the Big Ten Conference announcing its 2014 league schedule, member schools will seek to fill the remaining four non-conference dates to reach a 12-game schedule. And the Big Ten Conference is urging its members to play tougher schedules with FCS schools and even smaller FBS programs getting the boot. We’ll see more action between Big Ten and SEC, ACC and Big 12 teams moving forward, in a big that analysts hope will remove the word boring from the Sept. football schedule format.

Other conferences are expected to provide 2014 schedules in the coming weeks. Games against nonconference foes are being planned too, including marquee match ups such as Tennessee at Oklahoma.

Who Let Wichita State In? 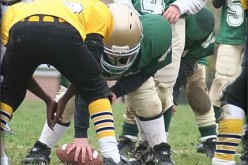 Weekday College Football Is Getting Crazy

5 Reasons Why Learning Algebra is a Must

4 Ways to Keep Your Apartment Clean in College

Things To Consider When Buying A Mascot Costume For Your College

How to Overcome Inertia

You Can Finish College One Year Early

Is an Entrepreneurship MBA Program Right for You?