Do Pets and College Mix?

This past April, SayCampusLife.com covered an emerging trend whereby colleges are allowing students to bring their pets to campus. Judging by the recent flurry of related news stories, it seems that interest in the topic remains strong. Or at least controversial. 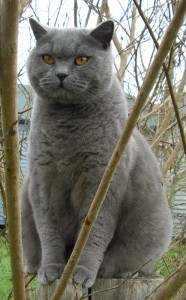 Should Miss Kitty go off to college?

Writing for Time, Bob Krist likens bringing the family pet to school with the Peanuts’ character Linus who carries his security blanket everywhere. Krist tells students, “Grow up. We all had to deal with leaving home. It sucks sometimes, like when you have to start doing your own laundry. Deal with it.”

Krist offered his caustic remark after reading what Dianne Lynch, president of Stephens College said about the importance of pets to students as quoted by The New York Times, “I recognize this as being a trend that is tied directly to the whole notion of helicopter parenting. It’s harder and harder for students to leave home. Bringing this particular piece of home with them may make that separation easier.”

Well, okay. Still, the thought of bringing Spot or Miss Kitty to college is the last thing most students will be considering when they prepare to head off to college this fall. Besides Stephens, most colleges with a pet policy still only allow fish. Washington & Jefferson College, Eckerd College, SUNY at Canton and the Massachusetts Institute of Technology are among the few that allow cats, even dogs to live on campus.

Indeed, the schools allowing pets on campus offer lengthy pet policies to explain what requirements and limitations are in place. Is Spot anti-social? He won’t be accepted. Is Miss Kitty without her shots? You will need to bring her up to date or be told to leave her at home. Even then, under some schedules students may be away from their dorm room to tend to their pet with kitty litter boxes overflowing and dogs running around in circles with an overwhelming desire to relieve themselves.

To get a local spin for this subject, I decided to ask a couple of neighborhood kids who own pets if they would choose to bring their pets to campus if given the chance.

Donald, who will be heading back to Appalachian State University for his second year this fall was adamant, “No way! I’m not going to be tied down by my dog even though I like to wrestle with him when I am home. Besides, he is a moose…much too big for my dorm room.” As you probably have guessed, Donald’s canine friend is a moose in the figurative sense only.

I also caught up with Karen just as she was running out the door for her high school graduation exercise practice. When I posed the question to her about bringing her cat with her to the University of Cincinnati this fall her eyes beamed and then widened. But she quickly dismissed the notion saying, “Not on your life. I am not into changing kitty litter. Besides, Max is an outdoor cat and would scream his head off if he was restricted to a dorm room all day.”

Now back to what The New York Times had to say.

When the newspaper asked a psychiatrist about students bringing their pets to school, the doctor worried that students might be hiding a mental health issue, such as depression. Though a pet can offer some comfort, having a furry friend present could simply mask some other problems, including serious underlying issues.

Adv. — Visit OfftoCollege.com for back to school planning tips and information.

Slick Essays Are Too Good To Be True

Will You Choose To Study Abroad? 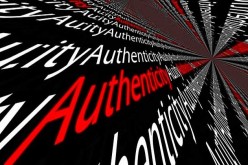 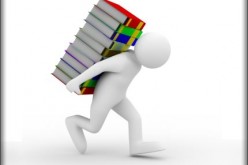 Off to College? Get Organized!

Planning to Stay on Campus to Study During The Summer? The Pros & Cons

Can Remote Learning Be More Advantageous Than Campus Living?

5 Things to Add to Your Pre-Graduation Checklist

How To Avoid Fighting With Your College Roommate: 5 Indispensable Tips

University Life: How to Prevent Crime on Your College Campus

How College Mirrors the Real World (and the Benefits for You)