College Programs and How They Manifest Into Career Industries

Choosing a major has never been more complicated. There are an ever increasing number of different possibilities to select from – the options can seem confusing and endless.

While it is not absolutely critical that students select their major with their future career in mind, it is definitely advisable to do so. This is because selecting certain courses of study can narrow down the field of what is possible later. Doing some research into possible career fields is both practical and advisable. While selecting a major is something that can be changed later, doing so will waste time and cost money, so it is better to get it right first time where possible.

Below are some of the most popular majors and the careers that these tend to lead to, to help guide you in your search for the right major:

Anthropology – a popular choice, Anthropology majors have found themselves in jobs as varied as Outreach Coordinator, College Recruiter, Policy Analyst, and no surprises here, but Anthropologist.

Biology – those who study Biological Sciences have an exciting array of choices ahead of them. Graduates in this area have been known to go on and work in roles that vary from Clinical Pathologist and Forensic Scientist to Toxicologist through Food and Drugs Inspector. This path can lead to becoming a Surgeon or Surgical Nurse, or working in the field of Public Health. Other options unsurprisingly include Microbiologist, Biochemist, Science Writer and Laboratory Supervisor. Biology graduates do usually end up in roles that use their scientific training.

Chemistry – add the word “Chemist” to any of the following and you get yourself a career after a chemistry degree: Industrial, Defense, Environmental, Textiles and Nutritional. Career options here generally involve use of the science degree, but other more varied options include Medical Sales and Cosmetics Engineer.

Economics – perhaps not surprisingly, Economics graduates tend to end up in roles related to finance and analysis. Some common career paths for Economics graduates include: Economist, Financial Analyst, Consultant, Credit Analyst, Trader, Budget Analyst, Account Manager, Auditor, Claims Adjuster, Underwriter and Actuary. However, studying Economics does not preclude other career choices and majors in this field of study have also been reported to go on and work in seemingly unrelated fields such as Human Resources, Operations and Project Management.

English – English graduates have a variety of options that frequently involve some sort of writing. These include Author, Journalist, Copy Editor, Media Specialist, Publicity Coordinator and Foreign Correspondent. They also have been reported to have worked in more diverse fields such as Architectural Design, Hotel Management and Immigration.

Mathematics – those studying mathematics open themselves up to lots of analytical roles, but also anything involving numbers, such as Accountant, Actuary, Controller, Securities Broker, and Financial Auditor.

Physics – those studying Physics usually secure a job that contains the word “Physicist” somewhere within the job title. Add Physicist to any of the following and you get the idea: Atomic, Molecular, Nuclear, Medical, Health, Plasma, Particle, Astro, Bio, Geo, Solid State and Fluid. Those Physics graduates looking for something a little different have been reported in Engineering positions, as Science Teachers and Writers.

Psychology – this major was recently reported to be the fourth most popular in the US. It leads to a wide range of different career choices, from Counselor to Behavioral Data Specialist and from Human Resource Generalist through Psychiatric Technician. Psychology graduates have also found themselves in office management and recruitment roles. There is considerable variety here.

Spanish – those Spanish majors wanting to use their language skills in their career have found themselves as Immigration Specialists, Intelligence Interpreters, Flight Attendants, CIA Agents, and Linguists. This academic study can also lead to positions as Anthropologists, Librarians, Editors and Speech Pathologists.

In general if money is a motivator, recent studies have shown that Engineering, Scientific and Computer Science degrees tend to lead to better salaries in the short-, mid- and longer-terms. Following this, degrees in management-related subjects do the best. Arts degrees tend to bring up the rear. However, as shown above, Arts disciplines do tend to lead to a little more variety in options.

Whatever major you choose, your decision is not completely irreversible, however, some careful planning and research upfront may prevent you from making a costly mistake.

Paula Newton has worked much of her career in the employment industry. Her primary areas of expertise are consultation and career counseling. She is a prolific author and has works published in a handful of web and print periodicals including many of the resume templates at ResumeBucket.

How advanced telecommunications improves education in the Middle East 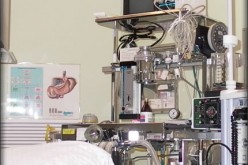 College Students: How To Land The Best Internship For You

5 Reasons Why You Need to Set A College Budget

Factors To Consider When Choosing a Medical Specialty

How to Balance Your Life in College: School Work, Jobs, Personal Life