The Average Salary of a Writer

Where the jobs are!

Writers work in a variety of industries with some working as reporters, others as public relations specialists and still others finding work as freelance writers.

College students who are considering a career as a writer should consider honing their skills by working for the college newspaper, seeking out internships with print and online publications, or volunteering to help manage the public relations thrust for a non-profit organization. The average salary of a writer varies, but the U.S. Bureau of Labor Statistics noted that such professionals averaged $64,560 as of 2008. That amount was revised upward to $65,960 in 2010 according to the BLS.

Industry pay for writers varies dramatically with new writers earning from $28,610 per year to earning top pay of $109,440 for those in the 90th percentile. Most writers likely earn somewhere between the 25th and 75th percentiles which is from $39,330 to about $77,560 per year.

As of 2010, the BLS recorded 40,980 individuals working as writers and authors. Newspapers, magazines and other periodicals continue to employ the most writers, with 7,110 employed as of 2010. These people earned an annual mean wage of $56,210, or about $9,000 less than the industry average. Much higher pay was earned elsewhere with advertising and public relations companies paying $73,710 per year. Those employed in radio and television averaged $66,110 per year with writers in the motion picture industry earning $78,680 per year on average. The highest pay was earned by independent artists, writers and performers, people who earned $101,110 per year on average.

As with any profession, where you live can have a huge bearing on what you can earn. New York, the state with the greatest number of employed writers also offered the highest wages as of 2010. New York writers earned $88,630 per year followed by California at $85,170. Coming in at a distant third was the state of Washington where writers earned $68,760 per year followed by Maryland at $68,540. Pay was well below the national mean in several states including West Virginia which averaged $37,090, Tennessee at $39,210 and Oklahoma at $41,220.

Count on having a college degree if you plan to work as a writer. Experience helps too, therefore build up your portfolio before you graduate and start laying the foundation for a solid network. Excellent writing skills are essential for these positions, therefore many employers prefer to hire people with degrees in communications, journalism, or English. Students with other backgrounds may be suitable as well, particularly if they have a demonstrable writing record or talent. 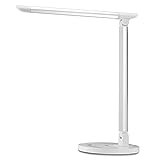 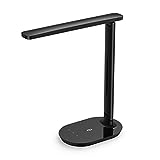 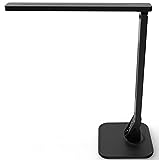 Should You Create Your Own Internship Opportunity?

3 Simple Ways Students Can Learn Skills for Their Dream Job

The Average Salary of Urban Planners