Most students that transfer leave in their second year.

The report, “Transfer and Mobility: A National View of Pre-Degree Student Movement in Postsecondary Institutions,” found that one in three students transferred at least once within five years, with most students changing institutions in their second year. The report analyzed part- and full-time students, nearly 2.8 million in totality.

Most notably, students were likely to transfer into a community college, even those that began college at a four-year institution. More than 25 percent of transfer students crossed state lines, and the transfer and mobility rates were similar for part- and full-time students.

What the report illustrates is that many students do not follow a clearly lined path as they make their way through college. The report authors noted that schools routinely count and track students who enter as freshmen and as transfers, but know very little about students once they transfer out. The report, however, followed students as they moved from one institution to the next with nearly 75 percent of the transferring students transferring once, 17 percent transferring twice and a significant percentage, 8.41 percent, transferring three times or more in five years.

“Our findings indicate that more sophisticated ways of measuring student transfer behaviors and institutional effectiveness are needed,” stated Dr. Don Hossler, Executive Director, Research Center. “Institutions and policymakers should focus on strategies that can facilitate success as students make choices about different postsecondary paths. Similarly, states must be able to distinguish between true nonpersisters and out-of-system or out-of-state transfers.” Nonpersisters are those students who do not complete their education.

The information in the report is likely to be dissected by higher education providers, enabling stakeholders to shape policy. Indeed, the report recognized that for many students transferring can play a positive role in students’ educational career, recognizing that these changes represent “stepping stones along a diverse set of education paths.” Schools may also be able to head off transfers by noting when they’re mostly likely to occur. 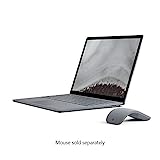 College Rating System by the Numbers

What Are The Best Values In Higher Education?