No one could have foretold that story, but I share it with you today, to let you know that you are never too old to pick up the pen and try again.

Growing Up Discriminated Against Because She was A Girl

‘What is the point of educating her? She is going to get married any way.’ Such was the conversation by the men in the village that Tererai grew up in. Her brother was considered the family’s heir and he was seen as the future breadwinner. He was the one who merited an education.

The teacher approached Tererai’s father and begged him to let her go to school. Terera’s father relented, but only for a short season, because Tererai was soon to be married off.

By the age of 18 Tererai was already a mother of three children. Her husband often beat her up because of her desire to return to school. In 1991, at the age of 26, Tererai met the person who was going to help her change her life –  Jo Luck, a visiting American Heifer International representative.

Tererai expressed her desire to go back to school and earn not just one degree, but several! Her mother encouraged her to never to stop dreaming and to write her dreams down. Tererai did exactly that and wrote her dreams on a piece of paper which she then buried in the ground.

By a stroke of luck and fate, Tererai and her children moved to America. Her husband moved with them but was deported because of his continual abuse of his wife. He didn’t want her to go to school.

With her husband out of the picture, Tererai began a whole new life. Within three years of moving to America, Tererai earned her bachelor’s degree. In 2003 she received her master’s degree and in 2009 she was awarded her doctorate degree.

Featured in A Book and Meeting Oprah Winfrey

Tererai’s amazing story of perseverance, hope and hard work was documented in the book Half The Sky, which was published by The New York Times Magazine. Oprah heard about this extraordinary woman and featured her on her show and even donated $1.5million dollars so that Tererai could go back to her village in Zimbabwe and build a school.

The moral of the story is that no matter where you are in life, there is always more you can do. Never give up on your hopes and dreams. For those who wish to go back to school, may you be encouraged by Tererai’s story and remember that you are never too old to pick up a pen and try again.

Share this story today. You never know whose life you are going to change today.http://www.mlive.com/news/kalamazoo/index.ssf/2011/05/western_michigan_university_gr_8.htmlhttp://www.nytimes.com/2009/11/15/opinion/15kristof.html 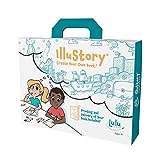 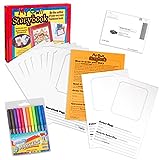 7 Reviews
Storybook Kit - My Own Storybook - Create Your Own Hardcover Picture Book
$26.95
View on Amazon

Are You a Campus Snowflake? Here are 3 Ways to Tell

Are Some Commencement Speakers Too Controversial?

Top Reasons Why Woodworking Should Be in Colleges

5 Tools To Get Your Start-Up Off The Ground

5 Innovative Ways to Up Your Fashion Game

Camping With Kids – Here’s What You Should Know Before

Ways to Eat Healthy and Cheaply in College

10 Liver-Protecting Foods And Drinks Every Student Should Consume

How to Overcome Inertia

You Can Finish College One Year Early

Is an Entrepreneurship MBA Program Right for You?