Your doctor conducts a rapid antigen test to detect strep bacteria. When the test comes back positive, your doctor prescribes you an antibiotic. Your doctor can do everything to help you get better, but they cannot actually get you your medication. For that, you will need to visit a pharmacy.

While pharmacists measure and fill patient prescriptions, pharmacy techs are the people who you interact with when you drop off and pick up your prescriptions. They check inventory on medications and work tirelessly to make sure people, and the physicians caring for them, get the necessary medications.

The Volunteer State tops the list with a concentration of occupational employment that is 55 percent greater than the national average, employing 12,030 pharmacy technicians earning an average annual salary of $30,200. While the average salary is the second lowest on our list, according to a survey conducted by the Council for Community & Economic Research (C2ER), Tennessee had the seventh-lowest cost of living in the United States in the second quarter of 2016.

The Golden State boasts the highest employment and average salary on this list, at 33,010 pharmacy techs employed, and an average salary of $40,170 annually, respectively, but its low location quotient (77 percent the national average) and extremely high cost of living (the state ranks third highest, behind Hawaii and the District of Columbia) pushed it to second place.

The Show-Me State employs 10,380 pharmacy technicians, paying each an average of $29,090 annually, the lowest salary on this list. Missouri’s concentration of occupational employment is 39 percent higher than the national average and as of the second quarter of 2016, the state has the eighth-lowest cost of living in the country.

The Grand Canyon State is home to one of the natural wonders of the world. It is also home to 27 percent more pharmacy tech jobs than the national average and the second highest average annual salary on this list of $33,040. Arizona employs 9.060 pharmacy techs and has the 24th highest cost of living in the U.S. This beautiful state is a perfect place to study and there are some great ASHP-accredited pharmacy schools in Arizona.

The Lone Star State rounds out our list, employing 32,000 pharmacy techs at an average annual salary of $32,580. Pharmacy technician in Texas is the same as the national average, employing 2.76 people per 1,000. This great big state has the ninth-lowest cost of living in the U.S., getting you more bang for your buck.

Whether you head to the Southeast or the Southwest, there are a multitude of opportunities for an exciting career as a pharmacy technician. 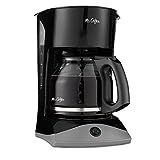 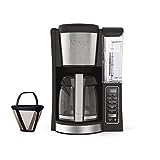 How to Choose Your Major in College

How to Prepare for Your Field Placement

Why Students Should Learn How To Use Public Transportation

Tips for Choosing the Right Backpack for Commuters

How to Prepare For Your College Entrance Exams

Campus Life: It’s How You Live That Counts