Is Endovascular Surgery The Medical Path For You?

Choosing what path you choose in the medical field is one that shapes your entire career. This article is going to cover the basics of one of those options, to help illuminate something you may not have heard of before.

What Does A Vascular Surgeon Do?

Vascular surgeons specialize in the blood vessels, otherwise known as the vascular system. Your blood vessels serve as the main pathways of the circulatory system, bringing blood and oxygen to organs and systems. Generally, vascular surgeons handle arteries all over the body, with the exceptions being the brain and the heart.

Most patients see a vascular surgeon by a primary physician after another issue arises. For example, if you go to a doctor with pain in your legs and find that you have peripheral arterial disease, you may be referred to a vascular surgeon. Note that vascular surgeons also explain how to improve overall artery health with lifestyle choices as well as surgery if needed.

Procedures that vascular surgeons use include surgical reconstruction, carotid endarterectomy, hemodialysis access, and more. One procedure that has become more common in recent years is endovascular surgery. This is not a procedure done due to a prevalence of a specific condition, more of an approach used to handle several issues.

How Does Endovascular Surgery Work?

Endovascular surgery is a particular type of surgery that is considered minimally invasive. In general, it is a solution for problems affecting the blood vessels, including aneurysms. Generally, a small incision is made near the hip or groin to provide access to the blood vessels. At this point, an endovascular graft, a special fabric tube, is inserted into arteries with a catheter and positioned in the aorta. This seals off the aneurysm, and the graft stays in the aorta permanently.

What makes endovascular surgery so appealing is what the alternative to it used to be. These conditions used to require open surgery, generally via an incision in the chest or breastbone. As expected, these procedures require far more recovery time. Nowadays, a patient on average can expect a 7-10 stay after the surgery and three-month recovery.

Part of the reason why you may be hearing more about endovascular surgery lately is that recent advances are making it more viable. Endovascular procedures are known as “image-guided” procedures. This means that they surgeon performing the procedure can see what they are doing and where at all times. With new growth in imaging equipment and tech, endovascular surgery is a viable procedure for a growing amount of conditions.

How Does One Become A Vascular Surgeon?

According to the Society For Vascular Surgery, there are three main paths for become a vascular surgeon during the medical school process. Here are the three options you have:

However, in order to guide your decision and enhance your learning during your education, keep your eyes fixed on the outside world. There are constant innovations in this field. Both people interested in this field as well as those who are already endovascular specialists would do well to look at various medical journals and conferences in order to look at the latest endovascular procedures.

Part of picking a career path is not just studying what you need to do to perform the job. Always keep learning about the forces shaping your field. Keeping this mindset will serve you well through school and beyond. 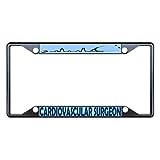 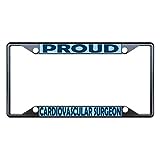 Why Should You Pursue an MSN/MBA Degree?

Make the Most Out of Your College Career Fair

How To Improve Student Involvement in STEM Courses

Reasons why You Should go Back to School After Graduation

Aiming For the Top — The Merits of Higher Education

A Reminder That We All Need: The Benefits of a Higher Education

How to Deal With Being Bullied in College

Getting a Trade Degree as a Career Move may be a More Valid Option Than You Realize!