College Cheating: How Widespread is it?

Cheating is a way of life for some students.

What’s more, with the pressure to succeed being an enormous one, many students may be justifying what they do in a bid to get ahead.

This past Sunday, CBS’ “60 Minutes” interviewed a young man, Sam Eshaghoff, who was able to sit for SAT and ACT college admissions exams on behalf of others, earning up to $2,500 per test. Esgahoff told “60 Minutes” that he took these tests about 20 times for people who wanted to raise their scores.

Although he was eventually caught, Esgahoff still sees his test-taking as a way to help students who just can’t get high scores. In lieu of jail time, Esgahoff is performing community service by helping low-income students learn how to legally raise their scores.

Cheating to get into college usually follows cheating that took place while in high school. Meredith Holt, a Duke University senior, says this about cheating: “I think I saw a lot in high school.” However, she claims that she doesn’t know anyone at her school who cheats.

A report by WRAL.com indicates otherwise, reminding readers of the actions of six nearby UNC football players who sat out the season because they received agent-related benefits and may have engaged in academic misconduct or cheating. Those allegations include plagiarism, supplying false information and enabling others to cheat. UNC, like many schools, has an honor code in place — its 29-page document must be read and signed by students.

Back at Duke, the director of its school of ethics, Noah Pickus, claims that cheating is on the rise. Often cited as proof of cheating on the rise is a 10-year-old study from the Center for Academic Integrity that surveyed 1,800 students from nine state universities across the nation. That survey revealed that 84 percent admitted to cheating on exams and 52 percent said that they “copied sentences from a website” without attribution.

Pickus believes, however, that cheating levels are much lower at schools where an honor code exists, but notes that peer pressure can have the best effect at curtailing cheating — if your fellow students think that it is unacceptable, then you will too.

Cheating has taken on a whole new perspective with the rise of the Internet. In a July 19, 2010, report titled, “Cheating in College Is Widespread — But Why?,” NPR attempted to uncover those reasons.

While most will agree that cheating has clear lines of demarcation, some students don’t understand that cheating on homework, class assignments and tests is wrong. Don McCabe, a professor at Rutgers University Business School, notes that what students learn in high school is different than what they learn in college and “that colleges need to do a better job of communicating their expectations.” Plagiarism seems to offer a blurry line for many students who may not understand what it is and how they personally violate the rules.

Taking a different perspective on why students cheat, the NPR story quotes Santa Clara University’s ethics center executive director, Kirk Hanson, who said that students rationalize cheating due to a “heavy workload.” Hanson doesn’t justify that reasoning, but notes that students accept that premise are likely to cut corners throughout their lives.

Schools are fighting back against the rising tide of cheating, by employing a number of sophisticated methods to keep cheating at bay. Writing for “The New York Times,” Holy Epstein Ojalvo reports that some schools are banning gum when taking exams as chewing might disguise a student speaking on a hands-free cellphone to someone who is feeding him the answers. Scratch paper may be allowed provided that it is first stamped in and returned when the test is over. Websites such as Turnitin.com have risen in prominence too by providing a way for professors to verify whether a student’s paper is original or whether it has been plagiarized.

For students worried that their papers may incorrectly identified as plagiarism there are some tools available to help them check their work for originality. Copyscape.com and The Plagiarism Checker both provide ways for students to verify papers and correct such problems before submitting their work. 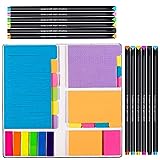 College Philanthropy Is Alive And Well

Should There be a Death Penalty for Penn State Football?

10 Reasons to Study Abroad at Least Once While in College

5 Things to Consider When Choosing a College