Colleges, Universities Raked in Donations in 2011

Adjusted for inflation the increase was 4.8 percent, according to the annual Voluntary Support of Education survey conducted by the Council for Aid to Education.

Some schools fared better than others, far better in some cases. The CAE focused on the top 20 colleges and universities that raised the most and found that these schools pulled in more than 25 percent of all donations. That collective amount, tallied at $8.24 billion, represents an 15.8 percent increase over 2010. Notably, the top 20 institutions represent just 2 percent of the 1,099 institutions that responded to the survey.

The nation’s top 20 fundraising universities (and dollars received) in 2011 are:

The CAE also took note of how well the New York Stock Exchange performed in relation to the academic fiscal year that ends on June 30. Notably, on June 30, 2011, the NYSE had increased by 28.7 percent over the academic fiscal year, falling somewhat for the remainder of the 2011 calendar year. The CAE sees a correlation between invested wealth and donor contributions, with the stock market perhaps signaling the direction current and future donations patterns may take. 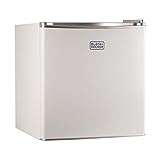 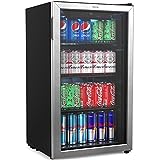 Survey Says: College Still Worth It

It Is Time to Sing For The Unsung Heroes!

Get Your Grad Degree Online From Top Schools

Features That You Need on Your College Campus

Helpful Tips for Moving Into Your First Apartment

Fascinating Careers You Are Sure to Enjoy

6 Untaught Life Hacks To Get You Through College

5 College Study Tips to Ace Your Next Test