Thanks to a handful of cultural events, American colleges have experienced a number of radical revolutions in recent years, and few universities remain as their alumni remember. For better or worse, here are seven big ways universities continue to change.

1. The Quantity of Kids

The results are in: Having a college degree allows a person access to better positions and better pay. This fact has been so widely broadcast that more and more students enroll in universities every year. In fact, since 2000, global enrolment rates have almost doubled, and today, roughly a third of the world has received college-level education.
Campuses around the U.S. are becoming more and more crowded; Arizona State University has the largest student body, with more than 83,300 students spread over five campuses, but most schools are pushing 20,000 students.

2. The Quality of Lodgings

Many baby boomers can remember the novelty and thrill of co-ed dorms, where young men and women could scandalously live side-by-side (though they couldn’t share rooms or floors, usually). Today, few universities bother splitting up the sexes, and that isn’t the only change to student housing.

3. The Importance of Experience

Students can blindly follow the impersonal methods of the past, or they can imagine a unique degree program and craft their own curricula to achieve a highly customized experience. The reason for this is to connect students more closely with their fields of study.

4. The Power of Students

One of the most intriguing changes in recent years, for what seems to be the first time in university history, students have authority on their own campuses. In part due to the rising import of teacher evaluations ― which many universities use to assess staff salaries and future contracts ― students have begun shaping their college classrooms to their needs and wants.

Inequalities and unjust rules are beginning to receive more scrutiny thanks to social justice activists on campuses around the country, and students are finally harnessing their power for the greater good.

5. The Absence of Tobacco

In the U.S., 1,137 universities are completely tobacco-free. This might seem like a small change, but in fact passing smoke-free policies is a monumental chore for most educational institutions, despite the hundreds of city and state laws regarding public tobacco use. Today, a large percentage of university students have moved away from harmful tobacco products, with some now using tobacco- and smoke-free e-cigarettes. Many campuses do regulate those as well, though.

In the past, the majority of cigarette smokers picked up the habit before the age of 24, making college years the prime time to begin lifelong addictions. If tobacco is prohibited, the next generations might lose affinity for tobacco altogether.

6. The Irrelevance of Gender

Though gender continues to be a contentious issue in the greater American sphere, on most college campuses, students are growing increasingly unconcerned with the differences between male and female.

As the realities of gender construction become better understood, students are often more accepting of peers who do not conform to traditional expectations of gender. Many universities are following students’ leads; Northwestern University has already installed several gender-neutral bathrooms, and many experts predict gender-neutral dorms to appear soon.

7. The Diversity on Campus

First, colleges were for white men of upper-class backgrounds. Then, by legal decree, universities opened their doors to everyone. However, it has only been relatively recently that college campuses have truly developed a respectful diversity in their student bodies.

The presence of so many students with such varied backgrounds is an outstanding boon for higher education, which thrives most when new perspectives enter the academic conversation. More than ever, students can gain a global perspective by attending universities, which may just help us all grow together as one. 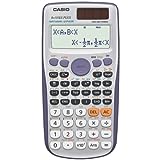 College Classes – Know What You Need to Take

Write and Edit Your College Essays

Making Application: A College Scholarship and Your Personal Statement

5 Tips on Taking Care of Your Car Tires

Financial Tips for Students Planning to Get Married