Should Colleges Get Rid of Sports? Arguments for and Against

We all know what it’s like to sit down at the bar and cheer on our favorite college football or basketball team. Whether we attended college or not , college sports bring us together to laugh and celebrate. Some believe, however, that college sports are bad for society. They contend that they harm rather than help the student population.

So, who is right?

We can only find out by looking at both sides of the argument. Let’s start with the benefits:

The Benefits of Collegiate Sports

Society has always had sports of one sort or another. The ancient Romans had the gladiator games and the Greeks had the Olympics. Anthropologist Kendall Blanchard in “The Anthropology of Sport: An Introduction” argues that sports may have originated some 5,000 years ago (see page 99) while Ancient Greek Philosopher Plato who created the first Academy in the Western argued that “sport can be a form of moral education” (from abstract).

So why would we want to remove sports from colleges? They’re a part of human history after all.

College sports seem to encourage violence among students. At the University of Dayton, between 2014 and 2015, there were a number of riots resulting from basketball wins. Property was destroyed senselessly in a sort of communal celebration.

Lindsey Cook for U.S. News and World Report argues further that it increases rapes and sexual assaults that was reported to the Department of Education can be attributed “to the spikes in drinking and partying on college campuses that accompany football games, especially big wins.”

It seems, then, that college sports do bring people together for destructive, alcohol fueled riots that contribute to the sexual assault epidemic currently plaguing college campuses.

College sports, as they are now implemented, are dangerous, but they do not have to be. They do produce violence in the form of violence and sexual assault. But the athletes are also detached from the students and propelled into a separate universe where they are worshiped and envied.

If this segregated divide was erased, and sports or other forms of exercise were brought to the student population, sports could teach a moral education. Sports bring people together and provide outlets for stress through exercise, stretching, meditative activity, and teamwork that takes one’s mind off their own individual worries.

Through the use of sports, students in college might be taught an education that is not limited to their own individual studies but which has a very real social component. Placing people together to play sports in competitive or non-competitive ways can lead to many positions in which philosophers, sociologists, psychologists, scientists, and others could teach students about their bodies and the higher dimensions of their experience. In this way sports could lead to moral education if they became part of the student’s weekly schedule rather than a place for privileged “student-athletes.”

If you think that this compromise will work, pass this post to a fellow alum or undergrad and see what they think. Maybe it will help to start a scholastic conversation.

10 Reviews
The Acupressure Warmup: A System of Athletic Preparation and Injury Prevention (Paradigm title)
$19.95
View on Amazon
Bestseller No. 2 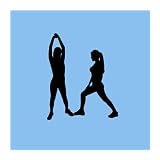 Is Boise State Deserving of Being Number One?

It’s A Wrap: 2010 College Football Season Ends With A Bang

Here are 3 Ideas for Studying on the Pitch