You have to admire prospective college students for thinking outside of the box when it comes to applying for college. It seems that quite a few students have discovered that some college admissions officers frequent Facebook, MySpace and other social media sites, making them fair game for friending attempts. However, according to the results of a recently released survey by Kaplan, most of those requests are ignored. Time to seek out a fresh strategy!

In a warning to college applicants, Jeff Olson, executive director of research, Kaplan Test Prep and Admissions said, “We understand that college applicants these days are seeking any competitive edge they can, so may think ‘friending’ college admissions officers on Facebook will help them.  But students need to be smart about how they use social networking sites.  The reality is that at least for now, only a small number of college admissions officers actually visit applicants’ social networking sites and these visits may not always benefit the applicant.”

The Kaplan survey revealed that only one in ten college admissions officers actually viewed applicant Facebook pages. That number may seem surprisingly low, given the warnings from some to clean up their online image if they’re looking for a job. It appears colleges aren’t giving Facebook the priority that some may think that it does or it could be that admissions folks are simply overwhelmed by the applicant pool.

Although most admissions personnel frown on friending, Jeannine C. Lalonde, Senior Assistant Dean of Admission at the University of Virginia, offered a different take. “My stance on this actually changed last year. I set up a Facebook account for the applicants to ask questions and interact with each other.  I posted a message early on saying that I wasn’t going to accept friend requests because I didn’t want to see their feeds (stream of status updates that tell your friends what you are up to).  A student pointed out that she wanted my updates in her feed because I had tied my blog and Twitter accounts to my Facebook account.  Being my friend allowed her to monitor what I was writing on those other sites.  That’s when I decided to accept friend requests.”

As far as school policies go, Kaplan has learned that most colleges and universities have a long way to go when it comes to social media including engaging online with applicants. Just 21 percent of schools reporting they are developing relevant policies – up from 16 percent last year, while 13 percent say they already have policies in place, up from 10 percent last year.

Though colleges and universities appear to be tackling social media issues that doesn’t mean that applicants should think that their “friending” efforts will help. A certain amount of caution is always advisable when using Facebook and other sites, especially when attempting to cross paths with people who can decide your educational fate.

Adv. — Did you know that billions of dollars of college scholarship money is available each academic year? There are thousands of different scholarships available some are based on grades, others on ethnic background, with many given based on need. Don’t let a financial opportunity pass you by — have your high school student apply for as many scholarships that he or she is eligible to receive. 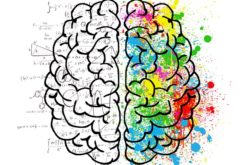 8 Simple Ways to Improve Your Brain Potential in College

How To Utilize Humanities Degrees 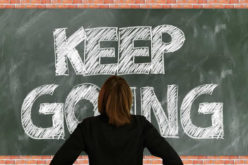 Why Continuous Learning is More Important Today Than Ever Before

Everything You Need to Know About Your College GPA

How to Write the Perfect Resume for Internships

Summer Campus Visits Can Reveal Much 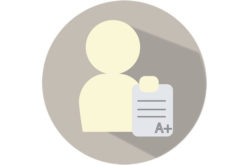 Top 4 Tips to Improve Your Grades (and Happiness) in College

5 Tips on Taking Care of Your Car Tires

Financial Tips for Students Planning to Get Married