Pharmacists compound and dispense medications as prescribed by physicians, nurse practitioners, dentists or other allowed medical practitioners. Licensure is required of pharmacists in all states, the District of Columbia and in several U.S. territories. Pharmacists must complete a four-year Pharm.D. degree, following two years or more of specific professional study according to the U.S. Bureau of Labor Statistics. As of May 2010, the mean annual wage for pharmacists was $109,380 reports the BLS.

Nearly 45 percent of all pharmacists work for retail outlets such as CVS, Rite Aid and Walgreens, earning $1,620 above the national mean. Salaries for these pharmacists was $111,000 per year reports the BLS. Medical and surgical hospitals also employed large numbers of pharmacists, offering an average salary below the national mean at $108,430 per year. Those pharmacists working in grocery stores such as Harris Teeter, Kroger, Ingles, Farm Fresh and elsewhere earned $107,530 on average. Department stores and general merchandise stores paid $106,740 and $112,860, respectively. Top pay averaging $122,380 per year was given to those pharmacists working in residential facilities which includes substance abuse homes and mental retardation facilities.

Jobs for pharmacists are expected to increase by 17 percent as projected by the BLS for the 2008 to 2018 period. That rate is approximately 50 percent faster than all jobs. Credit an aging population that needs access to medications with fueling this increase, as well as a shortage of pharmacists occurring in some parts of the country as some professionals choose to work part-time and others retire and are not easily replaced. Besides jobs through pharmacies, grocery stores and other retailers, pharmacists will continue to be in demand at mail-in pharmacies which can efficiently dispense medicines at costs lower than the typical fixed based pharmacy reports the BLS. 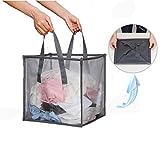 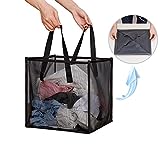 How to Choose a Rewarding Career That Provides Job Security

Medical Careers for People Who Don’t Want to Be Doctors

How to Choose Your Major in College

7 Steps To Landing Your First Job

7 Good Paying Jobs That Only Require an Associate Degree