Years of carefully planning has enabled some towns to become major cities, the joint handiwork of city administrators and urban planners who put their ideas on a blueprint, formalizing final plans after much input from citizens. Urban planners are used by cities large and small, and may also work for towns, counties and other regional governments.

Urban planners develop extensive and comprehensive plans for land use in towns, cities and counties across the country. These professionals work with elected and appointed officials to develop areas within their political jurisdiction according to local plans, state codes and federal regulations. Urban planners must conduct studies, prepare reports, analyze data and consider the socio, economic and legal feasibility of each project. Projects can range from the redevelopment of a city park to the creation of an all-new neighborhood. Planners must work with other professionals to assign a cost basis for each proposed project.

Urban planners must have at least a bachelor’s degree, with O-Net Online reporting that 52 percent have a master’s degree. Students major in urban design, geography or environmental planning and may also take courses in political science, mathematics, engineering and civics. Courses in architecture, finance, administration and statistics are also beneficial for the student.

Approximately two-thirds of urban and regional planners worked for local governments reports the BLS. These governments paid slightly below the national average, with professionals earning $63,430 per year on average. Architectural and related firms were the second largest employer, paying an average salary of $72,880 per year. State government, management firms and the federal government followed, with average annual salaries of $62,470, $75,410 and $88,740, respectively.

California led all states in pay, averaging $79,920 per year followed by New Jersey at $75,820. Nevada and Wisconsin followed, with average annual wages of $74,610 and $72,740, respectively. Among urban areas, the District of Columbia had some of the highest salaries, with urban planners making $88,690 per year on average. Top pay of $106,800 was realized by such professionals in the Milwaukee area. Those working the Napa and San Jose, California, metropolitan areas earned top pay too of $98,140 and $93,150, respectively.

The job forecast for urban and regional planners is a bright one with the BLS forecasting 19 percent growth from 2008 to 2018. According to the bureau, “Employment growth will be driven by the need for State and local governments to provide public services such as regulation of commercial development, the environment, transportation, housing, and land use and development for an expanding population. Nongovernmental initiatives dealing with historic preservation and redevelopment will also create employment growth.” Having a graduate degree from an accredited program carries more weight than a bachelor degree. 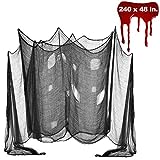 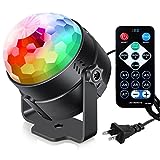 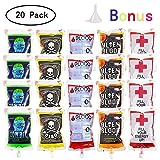 Thinking of starting your own Business after your Exams; Consider these Money saving Tips

Let’s Hit the Skies: What Do You Need to Become a Pilot?

5 Things to Consider When Choosing a College