Is the Scion IQ the Ultimate College Car?

The Scion iQ debuts this fall, a tiny 4-seat microcar that defies easy description. Not much bigger than a Smart ForTwo, this model is just 10 feet long, representing the smallest four-seater in the world.

The iQ’s cuteness may be what attracts some college students, but its $15,265 price and list of desired amenities including 11 airbags, anti-lock brakes, traction control, brake force distribution and brake assist are all standard. And that’s just the safety stuff.

Under the hood, a 1.3-liter, four-cylinder engine is rated at 94 horsepower and 89 foot-pounds of torque, tiny numbers that is for certain, but adequate for a car of its size. Delivering a combined city/highway 37 mpg, the iQ will offer top gas mileage among most any gas model, rivaling the Smart, but room for twice as many people.

Inside, the Scion iQ features a compact air-conditioning unit, electric power steering, along with standard Bluetooth and HD radio technology. Yes, this car is designed for young drivers, but it could be its funky interior layout that grabs the most attention.

And that layout is 3 + 1, where two adults can sit in the front, an adult can sit behind the front seat passenger and there is still some room for a child behind the driver. You can bet the college crowd will figure a way to get four adults in an iQ, perhaps creating Facebook contests and Twitter tweet ups to underscore this point.

“Scion prides itself on being an innovative brand with a lineup of iconic vehicles that set automotive trends,” said Jack Hollis, vice president of Scion. “The iQ is the fourth vehicle in the family, and it will define the premium micro-subcompact segment as the choice for new urbanites who want clever transportation without a sacrifice in style or new features.”

Now back to the Scion iQ’s exterior:

A high beltline gives this Scion its persona, as it appears to glide from its large, pronounced headlamps and up through the A-pillar and across the roof. And continuing down around its backside, this gives emphasis to the iQ’s geometric shape. Integrated turn signals, usually found in premium models, are standard — providing a touch that is at once clean and elegant.

Yes, the Scion iQ just might be the ultimate college car or at least the first new car bought by today’s enterprising young grads. 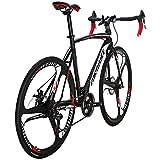 Putting The Accent On Hyundai

How to Pass Your Driving Test Quicker

Will You Embrace The Kia Soul?

What Kind of Car Is Best For College Students?

6 Simple Ways to Save on Gas

Back to School: Driving Tips for Teens

What Traits Do the World’s Most Popular LMSs Have?

The Benefits of Attending a Medical Conference