Licensing on the state level may be required of geoscientists and demand for those with field experience should be good with the U.S. Bureau of Labor Statistics projecting an 18 percent increase in the number of paleontologists needed from 2008 to 2018. The pay scale for paleontologists reflects the professional’s experience, employer and location.

Of the 30,830 geoscientists employed in 2010, 7,730 worked for architectural and engineering companies, earning $80,460 per year. For paleontologists, employment was most likely through museums or universities operated by state governments or through the federal government which paid $62,880 and $95,580 on average, respectively.

O-Net Online; Summary Report for: 19-2042.00 – Geoscientists, Except Hydrologists and Geographers

view current opportunities as a paleontologist to view job qualifications 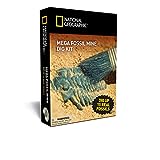 85 Reviews
Mega Fossil Mine - Dig Up 15 Real Fossils with NATIONAL GEOGRAPHIC
$29.99
View on Amazon
Bestseller No. 2

Tell Me How Career Series: Paleontologist
Available on Amazon Video
View on Amazon
SaleBestseller No. 3 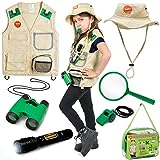 5 Alternatives to Traditional College and Why You Should Consider Them

Change Your College Major With Care

How to Prepare for Becoming an Emergency First Responder

The Pandemic Guide For College Students

4 Easy and Responsible Ways to Get Rid of Unwanted Clothing

What Careers Can be Pursued with a History Degree?

School Time: 10 Different Types of Curriculum to Choose From